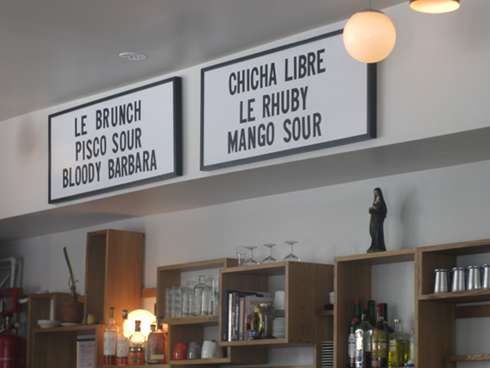 The 411 I have wanted to go to Santa Barbara for some time now. Something about it made me curious. Situated walking distance from the Jean Talon market, Santa Barbara is in an area that, a few years ago, no one would consider going, but now people have begun exploring and moving there. One day after a morning race, exhausted, dirty and hungry, we made it to Santa Barbara. 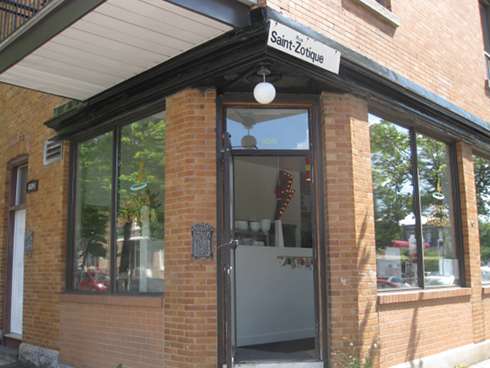 At 1st Glance“Holy religious theme, Batman!” There’s this green back wall with religious statues and even those religious candles there. It’s a tad odd but the place does share a name with Saint Barbara so who am I to argue. The place itself is nice and you can fit a good amount of people while still having that cozy feel. There is a kitchen and prep area to the left and a large sign that advertises Pisco sours and Bloody Barbara for brunch. Any place that encourages you to have a morning drink with your brunch is good in my books. The venue itself was incredibly well lit and on a nice sunny day I could not think of a place I would rather be and trust me, this sentiment was reinforced when the food arrived. 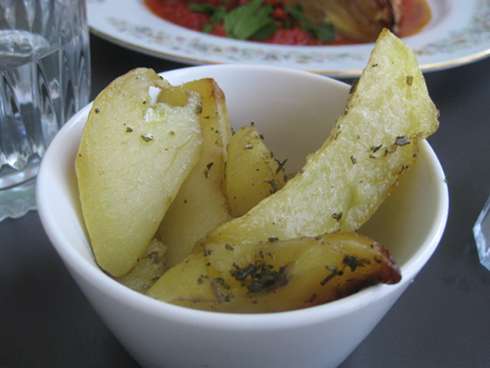 Food The menu is a short one-pager and by short, I mean really short, with 5 mains and 6 sides. In fact, the drink menu was larger than the food one with a total of 12 beverages. The menu has items named after jobs: items like mathematician, architect, electrician. I should note that they did have a dish called the criminal which is technically not a traditional profession but they could have easily called it politician and everyone would assume the same. The menu is priced at $12, on average, and coffee is $3.50 with no refills. The breakdown is the following: 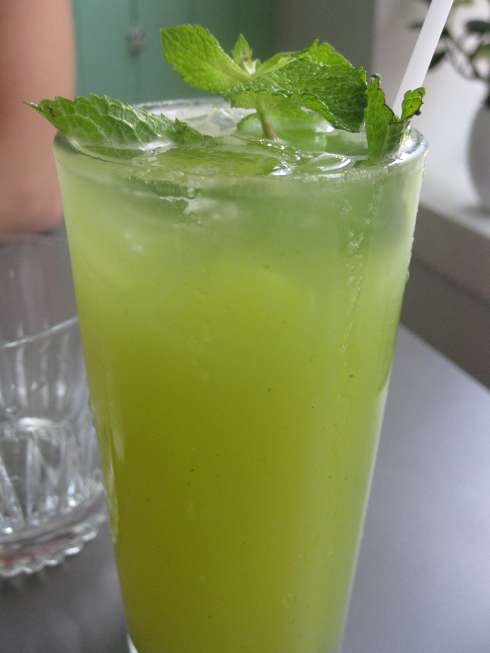 We started with a nice refreshing beverage of cucumber, mint and lemon for $4. This was the perfect drink on a sunny day. It was light, refreshing and every drop was truly appreciated. There is a mystery ingredient in here that makes it work perfectly. The lemon was not too overpowering and the cucumber, which is usually hard to notice, offered that comforting freshness. Even thought I am generally not a fan of mint, it did not overpower and paired well. I would go as far as saying this is my favourite drink of any place in Montreal. 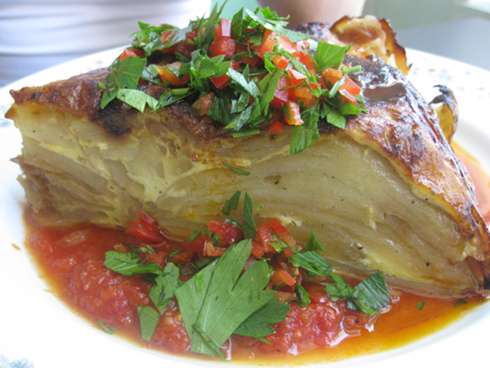 Our first main ordered was the Mathematician ($11) which is a Spanish Tortilla, smoked paprika oil, kale slaw, and sourdough toast. This dish did not sound large but the tortilla was gargantuan and the only thing bigger than the size was the taste. Every bite was an absolute joy. The smoked paprika oil gave it a unique taste and the kale slaw is a brilliant way to combine Kale and turn it into a coleslaw dish. The name may sound odd but the taste is out of this world. 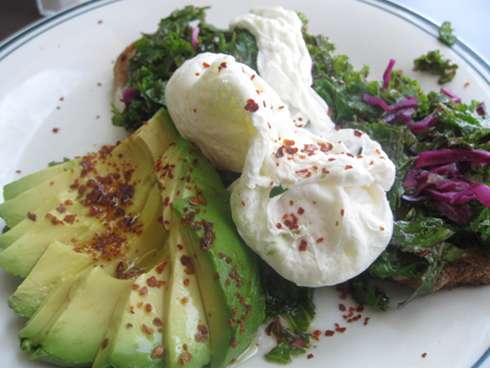 I ended up ordering Architect ($12) which is poached eggs on sourdough toast, some greens, avocado and a side of roasted potatoes. The avocado was the perfect addition to this dish and the eggs were perfectly poached. The roasted potatoes were a welcome addition to the dish. This dish is well priced, tasty, creative and healthy, and an all around winner. 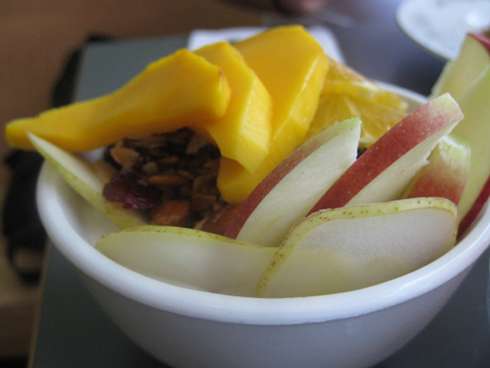 We also split the electrician ($5) which is granola, yogourt, honey and fruit. I picked at this dish only because I was full. The fruit was varied and having another vegetarian options is always some nice choice. The fact that you can have a half or full portion is a great idea since having the full one would have been too much.

Service Our waitress was so patient with us as we kept dragging our heels and we waited till the end when the staff was seated and eating. No one forced us out and our bill came promptly. They were professional and chill which is a nice thing to see.

Vegetarian Most dishes on this short menu are vegetarian friendly and they do a good job of making them tasty. The emphasis is on fresh and tasty and items like the kaleslaw show some creative use of vegetarian options.

Wrap up I really loved Santa Barabara and would come back again. The price was fair, the dishes were impressive, the portion size was large and the taste delivered. The menu is short and limited so you may not get all the classic brunch items you want, but to be adventurous when you come – you will be in good hands.