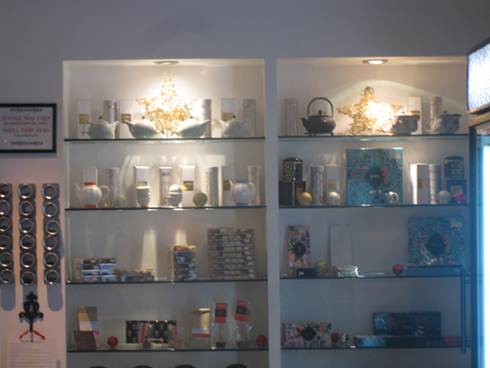 The 411On McKay street near Concordia University and the Montreal Museum of Fine Arts you will find Nocochi, a lovely Persian tea shop that I have always enjoyed going to for tea and light snacks. It’s a great spot to go to especially after spending an afternoon at the museum checking out the latest exhibits. So, one morning after trying out a yoga class nearby, we went into Nocochi to try out their brunch.. 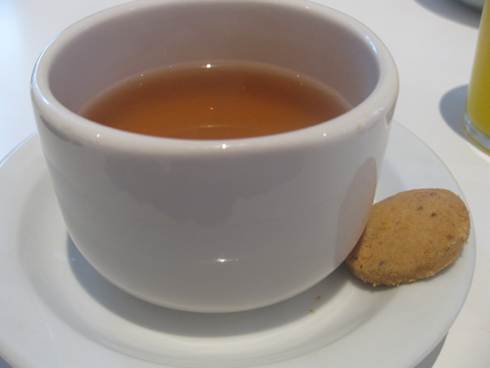 At 1st glance Once you walk in you see lots of tasty sweets in front of you calling to you as well as many choices of tea to choose from. On your left is a dining area with lots of tables. The place itself is well lit with windows all along the McKay side. 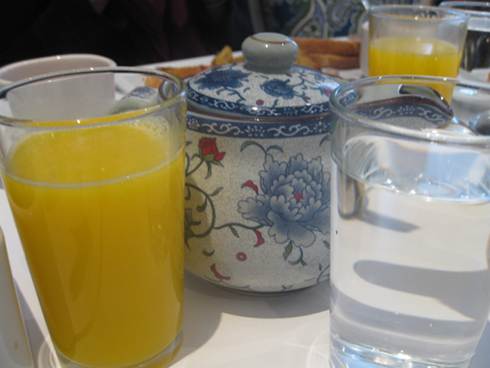 Food The menu follows a formula of a build-your-own-brunch starting at 15$ for a dish from the list. The prices are scaled for every dish you add so you start at $15 for 1 option but then progress to $21 for 2; $26 for 3; and $30 for 4. The dish comes only with orange juice and with tea which you can order from their tea menu. We had a large tea for two which has free refills. Filter coffee is not available and since this is tea house one would expect tea to reign supreme here. The full menu breakdown is as follows: 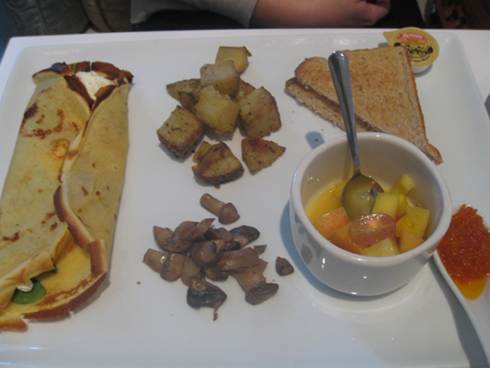 My friend started off with a spinach crepe ($15) which came with mushrooms on the side as well as potatoes, toast, jam and a fruit cup. The crepe was tasty although not spectacular. I did feel that there was too much white space on the plate and by that I mean that they could have added more potatoes and mushrooms to fill up the plate. If someone was really hungry this would not be the dish they would choose. 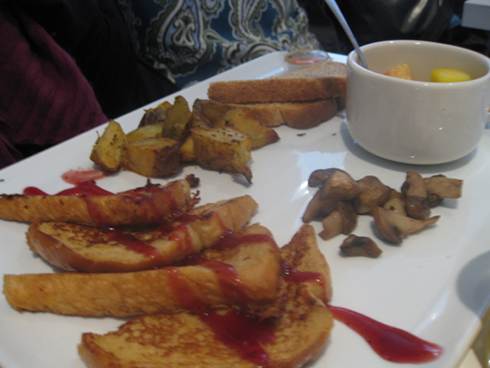 The French toast ($15) came with 2 slices of French toast cut in half topped with a berry purée. There was also a side of potatoes and mushroom as well as toast and a fruit cup. The purée used was very tasty and not a sugar rush like some other places offer. The slices were normal bread slices and there was the same white space issue on this plate like our other dish. I would have increased the potatoes and mushroom portion as well as use a thicker bread slice. 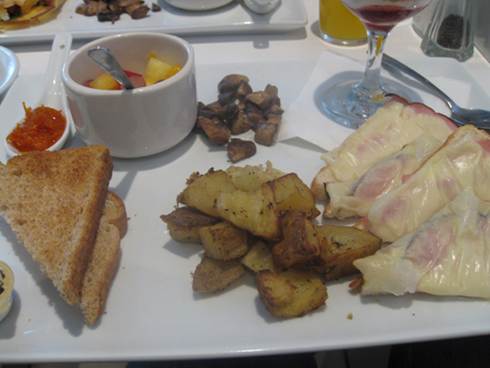 I chose the 2 dish option at $21. I went for the croque monsieur and granola parfait. Having finished a yoga class beforehand, I was famished so felt that two dishes at $21 would be a better deal. The croque monsieur was toast-bread base with ham covered by cheese. The bread slices were a tad small and the plate had the same proportion of sides as the other dishes. The yogourt parfait was added to the plate and was presented in a stemmed glass and was tasty; although, not an enormous portion. The croque monsieurs themselves were good but the dish was not a stand out. 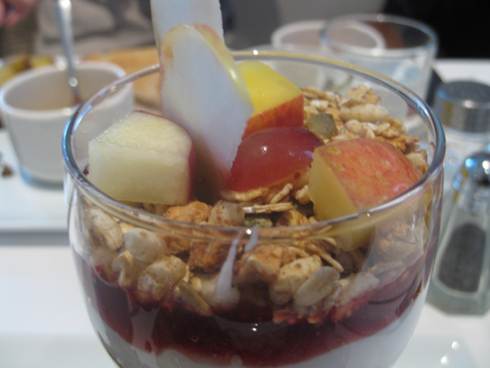 Service The service was good during the meal. They checked up on us and were patient as we chit chatted and vacillated on what we wanted to eat. I did have an issue at the end of the meal when the waitress rang up the wrong amount and overcharged me. I paid by credit card and they had issues with reversing the transaction or adjusting it. They did deduct it from my friends bills but I had to settle with them in cash, which was a pain.

Vegetarian Most dishes on the menu are vegetarian friendly and healthy, so you have some choice, especially with over 8 crepes to choose from.

Wrap up Despite feeling that dropping in after a trip to a museum makes for a wonderful start to the day, I was bothered by the fact the portion size here was too small and that the prices were too high for what we got. It’s true that you do get lots of small things on your plate along with an orange juice and a tea but, when you break it down, I felt I should have had a fuller plate or thicker slices.