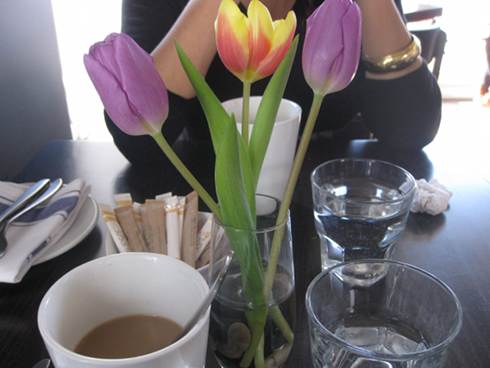 The 411 Brama is a recent addition to the Brunch scene; a new restaurant in Little Italy whose name means “longing for” or “yearning”. Considering I am always yearning for brunch, I thought it was quite fitting to check it out. Also, it doesn’t hurt that the surrounding area has had some interesting restaurants popping up so the possibility of a foodie adventure is quickly rising. 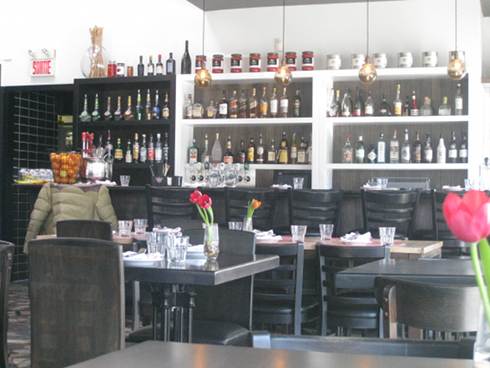 At 1st glance Brama’s interior is lovely. It is large with lots of space, a good sized bar at the end, a darker dining area on the left and a well lit dining area on the right. This would be a good spot for an event since they can handle large groups. There is also lots of natural sun light since they are the corner of St Zotique and St Laurent offering lots of light and people watching. 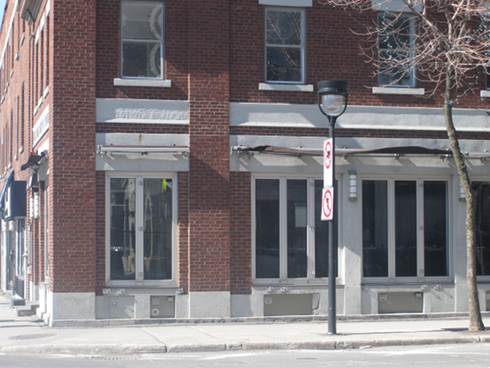 Food So, how does an Italian restaurant tackle brunch? This question has been asked before and few have been able to pull it off. Mainly, because there is no real brunch in Italy. In fact, breakfast is generally small and light. Brama provides a one-page brunch menu that marries traditional Italian dishes with local favourites. You will find a breakfast basket which has Italian items, a la vienoiserie basket style; French toast using pandoro which is another traditional Italian item; and frittata instead of omelette. All creative ways to marry two almost contradictory styles. Most items on the menu are around $15, coffee is $2.50 and comes with refills. The menu breakdown goes a little something like this: 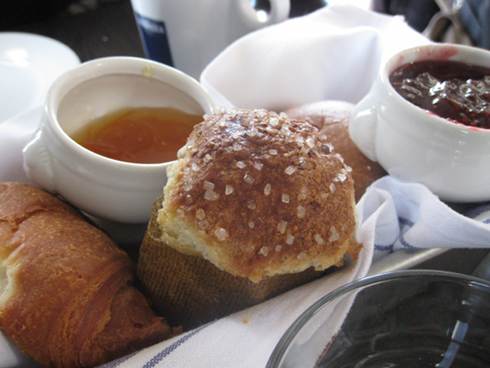 Having established that Italian food and brunch can co-exist on a menu, we started with the bread selection ($11) which is a variety of mini breads and two jams. I love the idea of a mini pandoro (kind of like panetone but different). It is a typical Italian bread and many of my mornings as a child have been started with tearing up the larger versions. There were also two mini croissants that were different from the usual buttery flaky croissant. This bread had a little more density and was more filling and went along perfectly with the jam. I would have liked seeing a little more bread for what we paid or maybe drop the price a little bit but I was happy to have tried it. 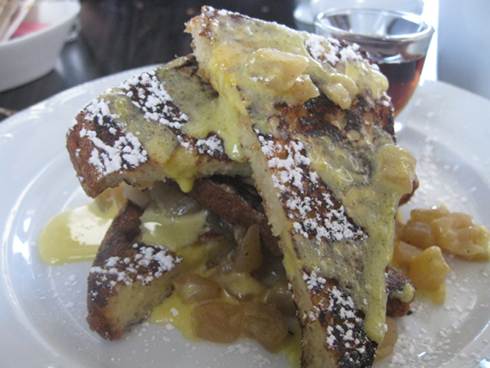 I decided to go with the pandoro French toast ($15). They used a pandoro bread which is a kind of like panetone but without fruit or chocolate stuffing inside and has a different taste and consistency. The idea to turn this into a French toast was nothing short of brilliant. With pieces of apple and a shot of maple syrup, this dish was a hit. 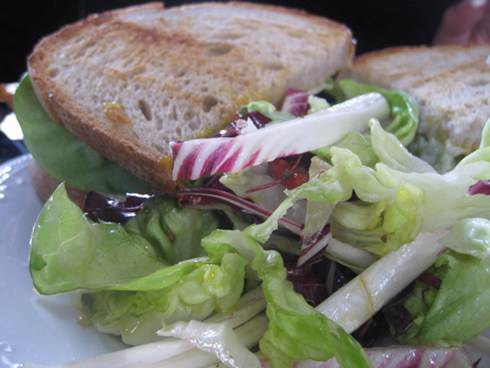 The chicken breakfast sandwich ($14) comes with chicken, fried egg, tomato, pancetta, lettuce and mayo. This sandwich came with a side of salad as well. The chicken portion was very generous and the sandwich itself very filling – not to mention you can an extra oomph of meat with the pancetta..

Service I do have two small issues with service. The first is that we waited a while for our food. The second was that my friend requested no pancetta on her dish. She was quite clear with her request and was even asking the waitress for something without pork but the dish ended up coming with the pancetta. We advised the waitress of the error so she went back to the kitchen and came back a minute later with “another dish” without the pancetta. Now when I say another dish, odds are it’s the same one and they just took the pancetta off it. To some people who don’t like an item that can be ok, but to those who don’t eat it for religious regions – this is not the same thing.

Vegetarian The menu is quite meat focused. There are some vegetarian friendly dishes but with a small menu so you don’t have much wiggle room.

Wrap up Overall I liked the décor, the food was tasty and filling but the price can climb up a little – although, this is the normal for this kind of restaurant. Two things for sure : you will be full and it will be tasty. I was not impressed with the pancetta incident described above but if you want something tasty that combines Italian dishes incorporating them into brunch and don’t mind paying a little extra then your next visit to Little Italy should include Brama.