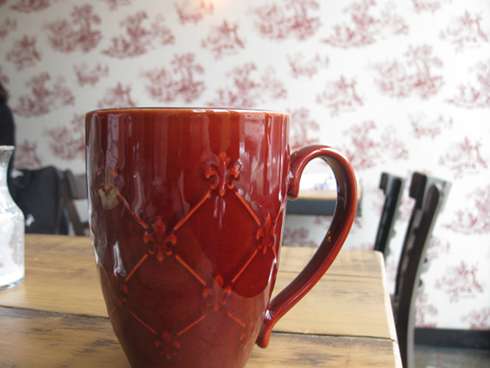 Mount Royal street is a veritable Mecca of places to have brunch in Montreal. You only need to walk down a few buildings until you find a place. When we heard that la grenouille was making waves with it’s brunch we got curious and went to check it out. 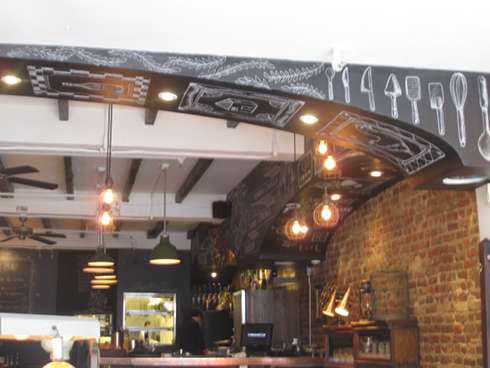 La grenouille has a funky interior with a video game console in the back near the washroom. The seating is quite ample and you have some windows up front that offer lots of natural light. There is a large bar on the right when you walk in and even more seating as you walk back. 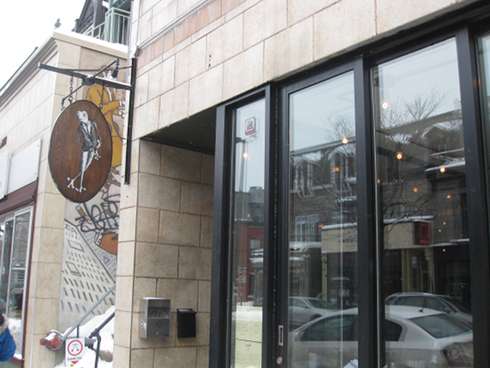 Food The menu is a one pager with a variety of items priced on average at $15 coffee is $3 extra and come with refills. The menu has most classic items on it from French toast, omelettes, eggs benedict, crepes, yogourt; they have pretty much everything but waffles which were, oddly enough, missing. The menu breakdown is as follows: 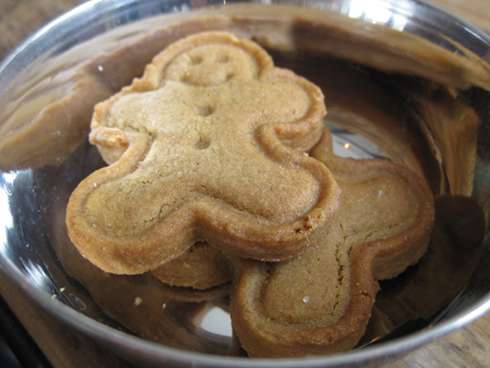 Our service started off with complimentary gingerbread cookies. They were adorable and fun for dunking in my coffee. I always like when restaurants offer a little complimentary item as it adds some extra value to the dish. 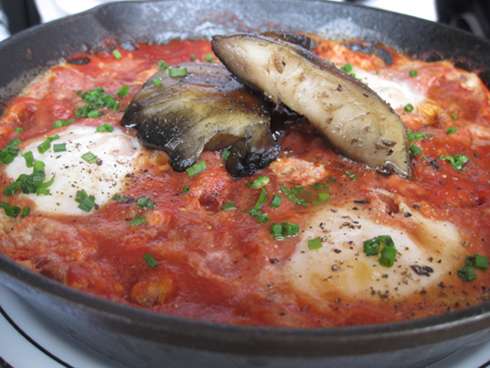 First up was the cassolette ($11.50) which had three eggs, and spiced tomatoes and was served in small skillet, loaded with eggs, large pieces of mushroom and tomato sauce. The mushroom pieces were enormous and added taste and décor to the dish although, the sauce was too liquidy and I felt it was a little acidic. I would have preferred a thicker tomato sauce to hold stuff together and not be as runny. 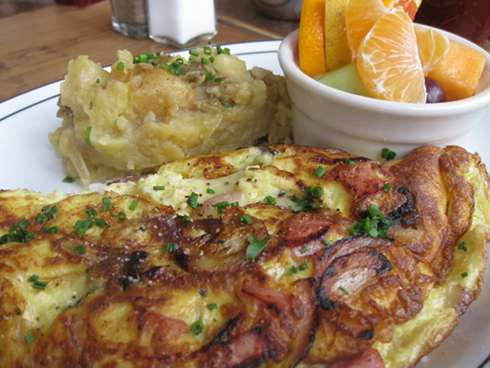 I ordered the smoked pork omelette ($14.00) which was a very large and filling omelette loaded with chunks of meat. It came with a side of potatoes and a fruit cup. The potatoes and the fruit cup were a nice touch as they helped fill up the plate even though this dish is so filling we did not need to add anything to it. It is by far one of the more filling omelettes I have ever had the chance to eat.

Service Our waiter came around frequently to check up on us. However, they neglected to say that the skillet with the cassolette was hot and my friend was burned by the handle. In every place that I have been to that brought a hot dish they have always warned us. This is the first time it was never mentioned and I felt that was a failure of the staff.

The majority of the dishes have meat in them although, you do have a few options that are vegetarian friendly.

The décor is cool, the menu is very interesting with some unique approaches to brunch. Next time, I hope to try the blood pudding hotdog which I have never seen before. The omelette I had was very tasty and incredibly filling. The cassolette was off mark and I did not like the service breakdown with the hot plate.