Pied De Cochon Apple Season – How ’bout them them apples 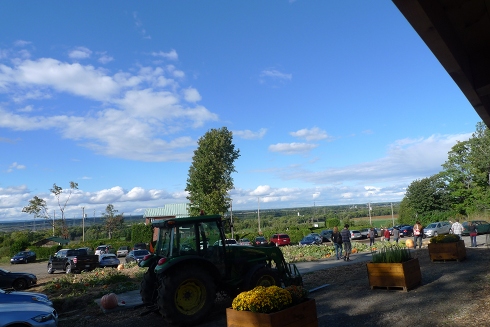 So, the big news this year is that Pied De Cochon Cabane à Sucre started offering an apple-themed session similar to their regular cabane à sucre extravaganza. There is no secret that we at Montreal Breakfast Review adore these special events and although it may not be traditional brunch we made sure to go during an acceptable brunch hour on a Saturday and dubbed it brunch. Finally, with a small army of hungry friends, some coming all the way from Toronto and New York, we descended upon the Pied de Cochon Cabane for a feast of epic proportions.

So for a 50$ price tag you get an onslaught of culinary delight with each dish outdoing the next. The menu is listed as follows: 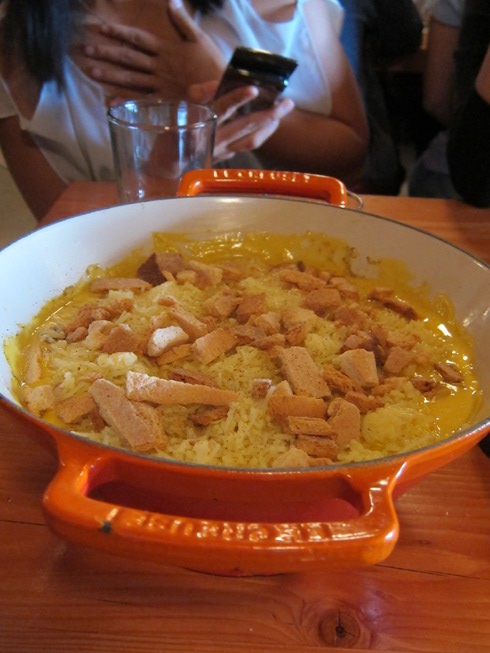 I said the same thing for the regular cabane à sucre menu and I will say the same again now, if you calculate the amount of food you eat, the quality of items used and compare it to the price, you get an amazing deal. I mean, Chef Martin Picard is a genius. Dishes like the cream of squash au gratin floored everyone there – the idea of adding Amaretti and apples is nothing short of brilliant. This dish may look like a simple soup but it’s taste is unparalleled. In fact, we finished off every last spoonful and even used the bowl to mop up the soup with other items. 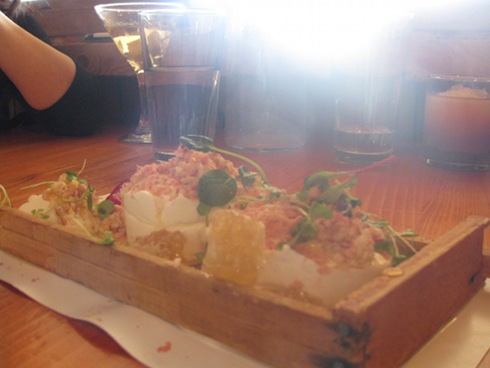 The goat cheese and honey probably gets lost because it’s small in comparison to the other dishes but don’t skip on it since it offers a nice balance and the honeycomb in the dish is great not just for taste but for presentation as well. 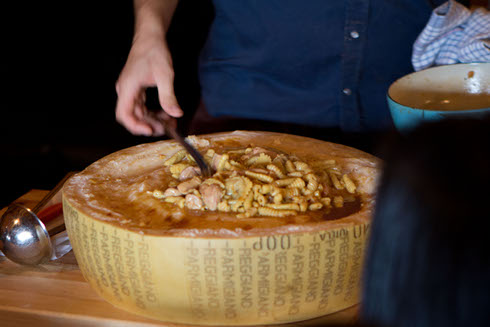 The ravioli stuffed with chicken livers were a hit even for those who aren’t liver fans.The cavatelli with confit de foie gras brings that rich taste that we all were dreaming of. What made this dish even more impressive is that it’s prepared in a Parmigiano wheel – there is a hole in the middle where you put the pasta and add the warm foie gras confit and they mix it in for you. The only thing more impressive than the presentation is the taste and for those who still had that soup bowl put the pasta in the soup for a taste explosion unlike anything you have ever seen. 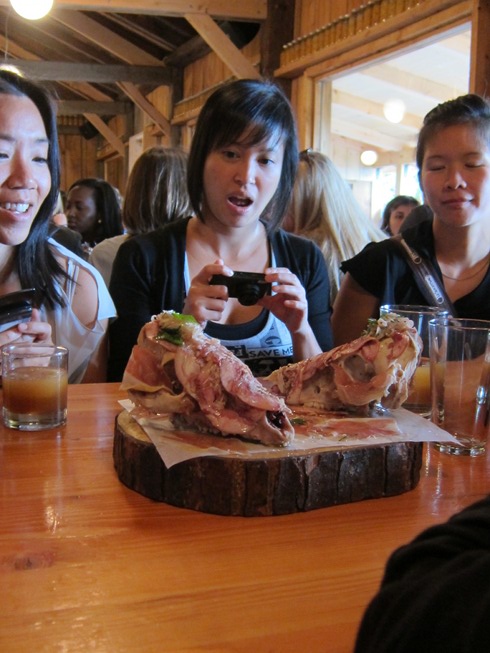 The head cheese is a dish with shock factor served on two skulls. The dish was something that some people were hesitant at first on account of it’s shocking look but the taste of the meat draped on top and the sides impressed us all. I was curious when I saw the menu before we went as to how this would be eaten but it’s actually quite easy. 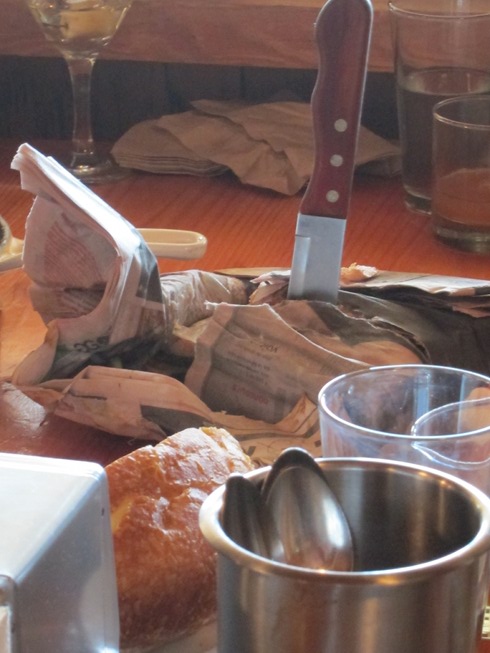 Every year PDC makes dish that surprises me and this year it’s the salmon. The salmon was served in a newspaper and you could add escargots and cider sauce. Every bite was heaven – it was perfection. I have never in all my years had a dish as spectacular as that one, and still dream about it even now. 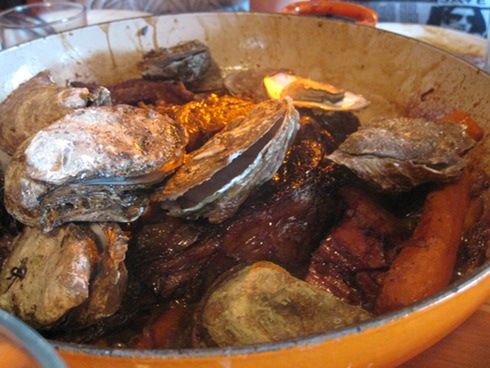 The glazed apple beef roast was a large offering of meat and is that meat heavy dish you get from the normal cabane. The flavour is not as rich as the others but for those who need their full meaty fix, this one’s for them.

The dessert course had a amazing apple pie which is exactly what I was wishing for – I mean, the event is apple themed. The apple sorbet and ice cream was served in a half milk carton and the apple and prune pudding with caramel sauce was presented in a can that was opened and had sauce poured on it. I felt the presentation was so creative and the taste was, like always, a home run as well. 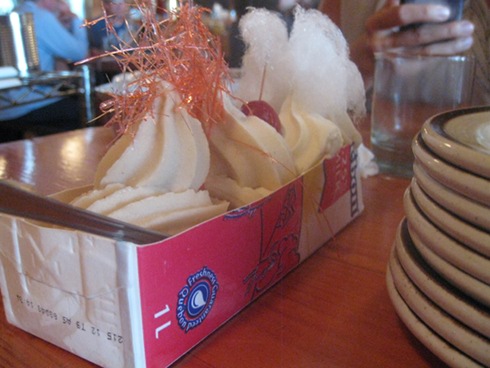 Although you need to make reservations to get here and those reservations are not easy, please try to take some time to check this place out. You will not be disappointed, but make sure to bring your appetite because you will be full. (That is an understatement) 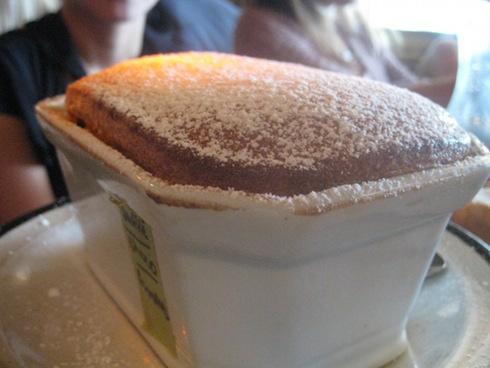