Recently a new place opened up in the downtown core by the name of Deville Diner. It’s different from most places in that it’s a diner, not a deli, not a quick serve, not a traditional family dining spot, it’s an actual diner. Montreal traditionally does not have many diners, we have Delis but if you have been to New York and eaten at a diner you know what the difference is. It’s the look, the feel, the food, and Montreal really hasn’t had any that stand out until now. Now like all things in Montreal there’s a twist to it and Deville is no exception as it is a diner for the 21st century in that there are accents in the décor, and has a diner look and feel to it. The menu focuses on classic diner items like burgers, meat dishes, and sandwiches but they give them a modern spin often inspired by some famous dishes and restaurants in North America, creating something new and unique yet still comforting the way a diner in New York welcomes you. 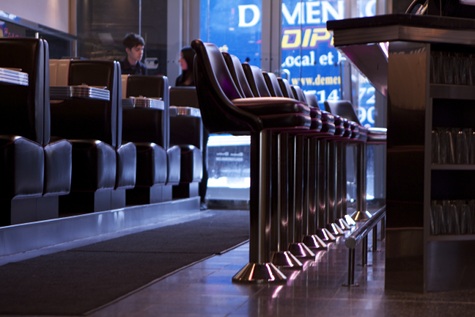 Now I happen to be friends with the owners and have known them for years, so it is thanks to this that I am fortunate enough to have had a chance to sit down with them and discuss brunch, and their brunch ideas. I also got to sample some of the dishes that are being tried out for their menu, so I got a very rare behind the scenes look into what goes into a brunch menu and the various aspects on the issues that arise. Stuff that you and I don’t always think of like how do you choose ingredients and suppliers, how do the ingredients you use affect the look of the dish, how much of a role does plating make, where do you draw your culinary philosophy from? 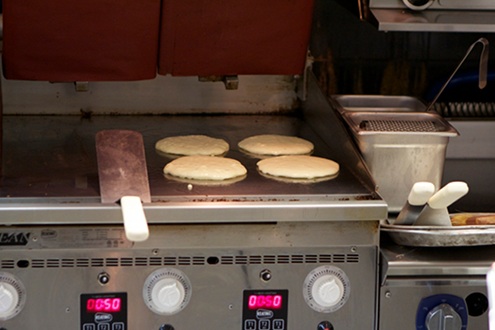 Over the new couple weeks you will be seeing some posts about my experiences at Deville Diner. I will be showing you some pictures, videos, some sneak peeks on what’s on the menu and a rare look into the kitchen of a popular Montreal restaurant. Feel free to comment on what you see and ask any questions. We want you to get engaged and involved as we explore the making of a brunch menu.